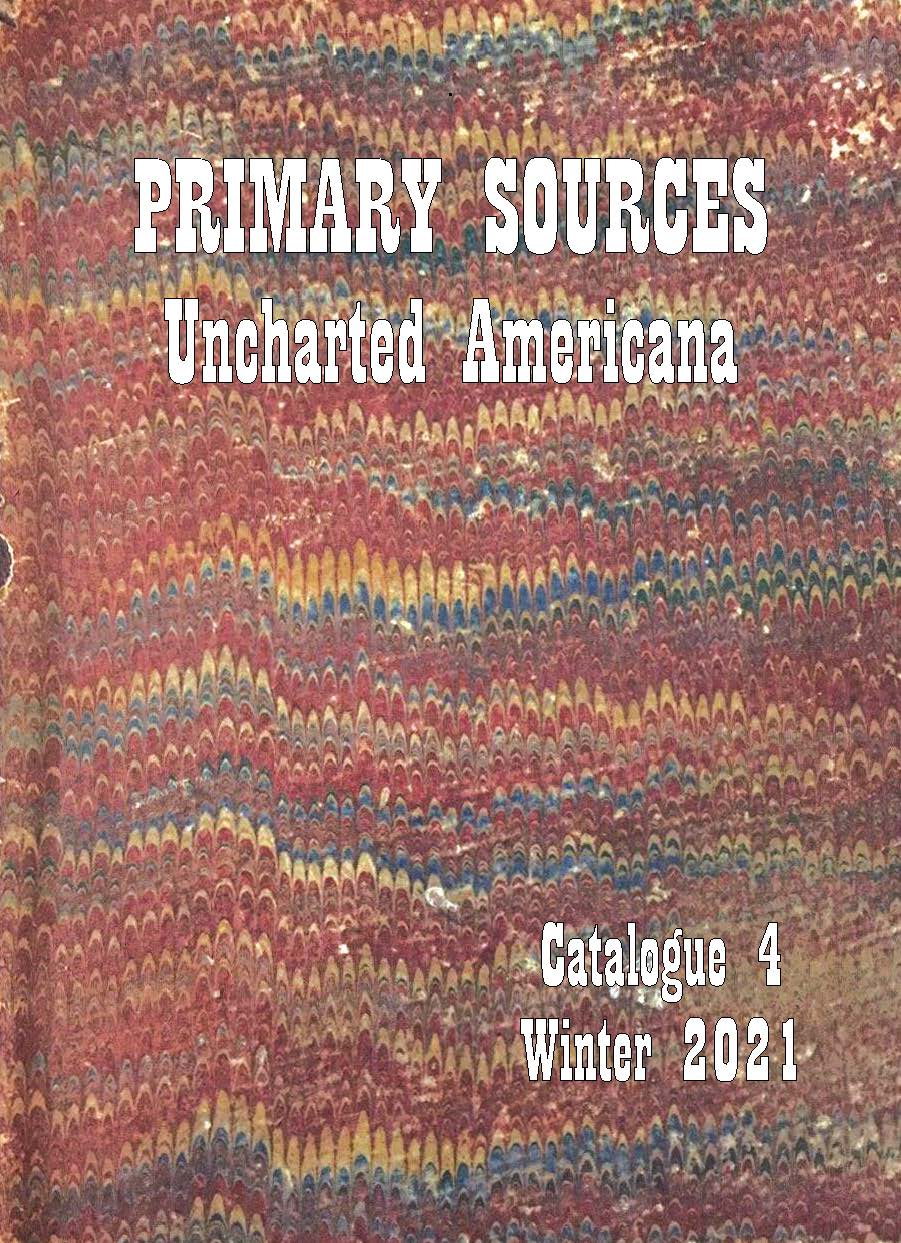 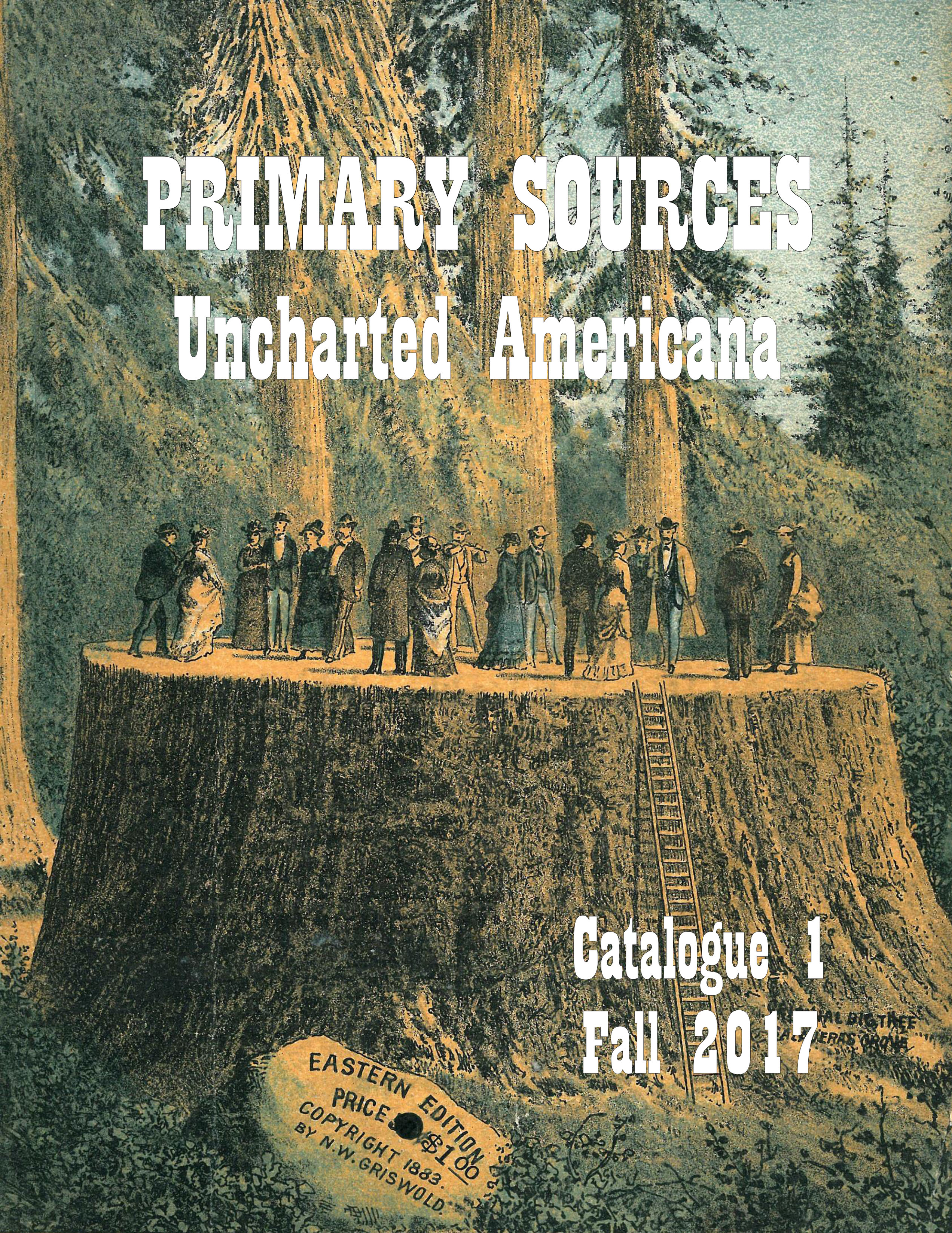 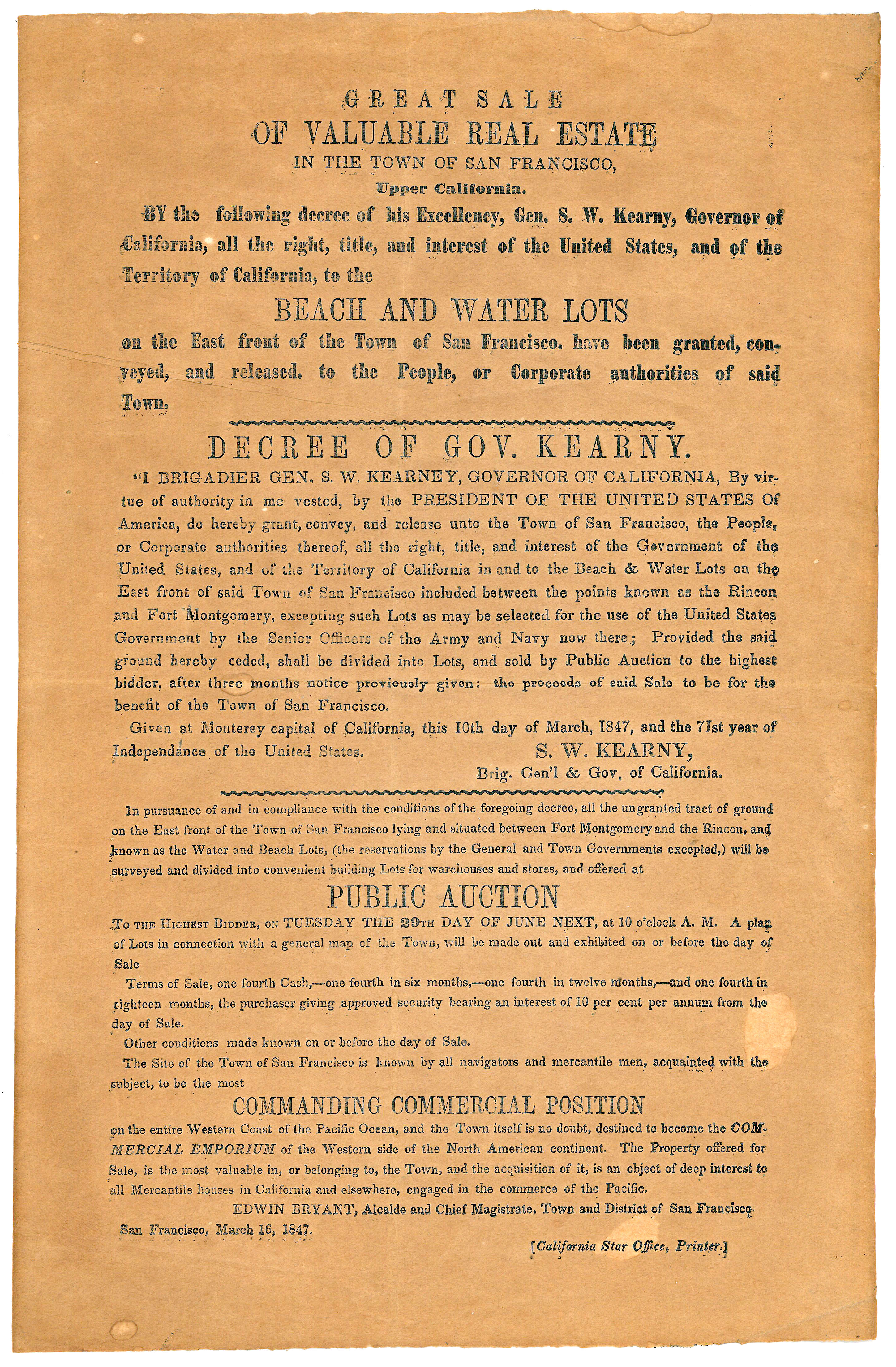 It is no hyperbole to say that 1847 was the year of San Francisco’s birth.  Certainly, Spain had founded Presidio de San Francisco in 1776, placing it at the tip of the eponymous peninsula to provide the Crown a claim both to the Bay of San Francisco and to the broader territory of Alta California.  In the 1830s, an Englishman named William Richardson built the first civilian house beyond the presidio and began to lay out the streets of a new town, Yerba Buena, so named for an aromatic herb that grew to abundance in the area.

But in 1847–less than a year after the Bear Flag Revolt that turned California from a district of Mexico to a territory of the United Sates–the town obtained its first paper, the California Star, which debuted on January 9.  On January 30, the first American alcalde (or mayor) of Yerba Buena, Lt. Washington Allon Bartlett, issued an ordinance that officially changed the town’s name to San Francisco.  Then on March 10, Brigadier General and Governor of California, Stephen W. Kearny, broke established protocols and granted the renamed pueblo all legal rights to its beach and water lots.  Just one week later, the next American alcalde, Edwin Bryant, announced that the town would auction all of those lots to the highest bidder, an act that ultimately proved as pivotal as any in San Francisco’s early years.  Incredibly, this unique and previously unknown broadside–issued by the town’s first printer, Samuel Brannan, from the press of the California Star–captures each of these momentous events.

We might even describe it as San Francisco’s birth certificate.